A rare diamondiferous peridotite has been found in the Udachny Diamond Mine. The Russian mine is one of the 10 deepest open-pit mines on Earth. A chunk the size of a golf ball has geologists counting the micro-diamonds imbedded within the rock.

In addition to diamonds, the 10.5 g rock contains specks of red and green garnet and other minerals.

Prof Taylor and his colleagues examined it using a giant X-ray machine to study the diamonds and their relationships with associated materials.

They also beamed electrons at the materials inside the diamonds to study the chemicals trapped inside.

This created 2D and 3D images which revealed a relationship between minerals.

…The images also showed abnormal carbon isotopes for this type of rock, indicating it was originally formed as part of the crust of the Earth, withdrawn by tectonic shifts and transformed into the shimmery rock scientists see today.

Along with the 30,000 diamonds fused into the peridotite are red and green garnets making for a beautiful and unusual specimen. 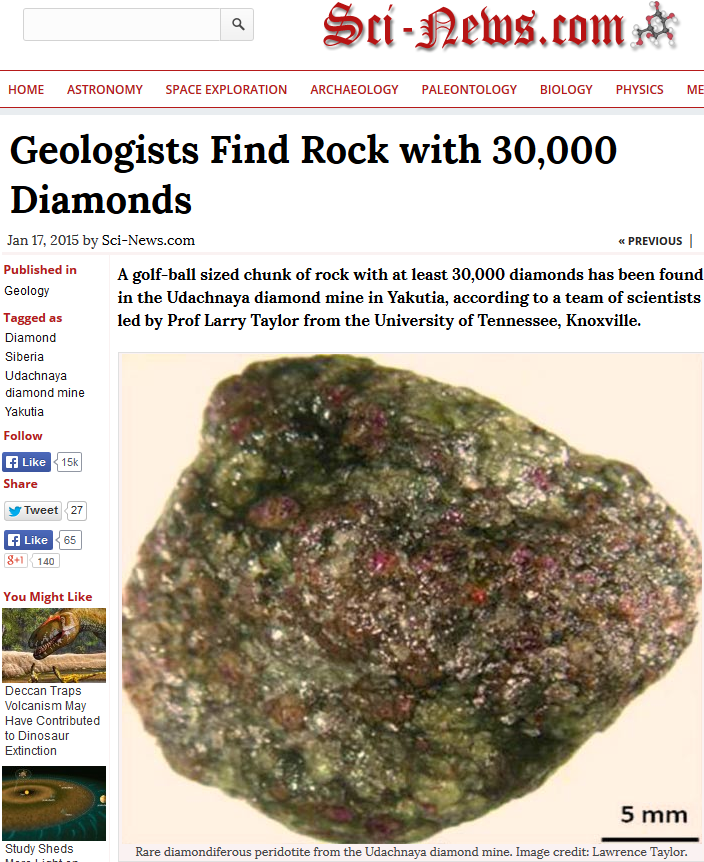