Chile’s Villarrica volcano erupted recently with dramatic lightning strikes and lava shooting into the night sky causing approximately 3,000 people to evacuate the area, and others to rush to study the dramatic volcanic eruption. The eruption is predicted to last several days and possibly several weeks.

Villarrica is one of the most active and dangerous volcanoes in Chile among more than 2,000 volcanoes in the Andes cordillera. About 90 volcanoes remain active. 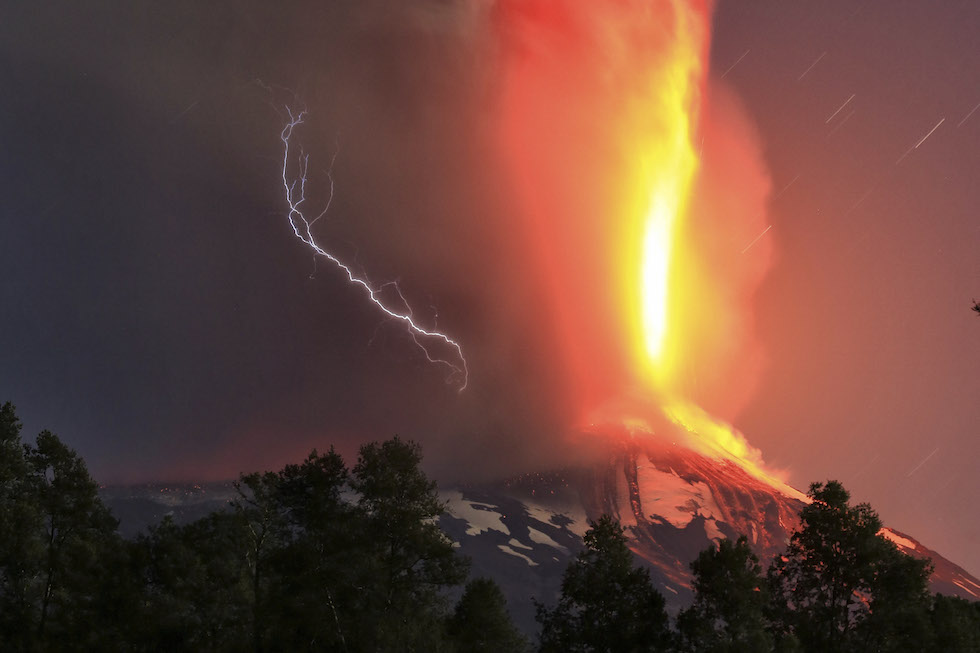 Considered one of the most active volcanoes in the Andean Mountains, natives call the volcano RucapillÃ¡n which means “House of the Spirit.”

The eruption is estimated to have spewed ash nearly 10,000 feet into the sky and released a fiery lava foundation into the sky at 3AM local time, melting the snow and ice and washing ash into the lake below. According to Wikipedia, Villarrica is described as:

It is the westernmost of three large stratovolcanoes that trend perpendicular to the Andean chain along the Gastre Fault. Villarrica, along with QuetrupillÃ¡n and the Chilean portion of LanÃ­n, are protected within Villarrica National Park. Guided ascents are popular during summer months.

Villarrica, with its lava of basaltic-andesitic composition, is one of a small number worldwide known to have an active (but in this case intermittent) lava lake within its crater. The volcano usually generates strombolian eruptions with ejection of incandescent pyroclasts and lava flows. Rainfall plus melted snow and glacier ice can cause massive lahars (mud and debris flows), such as during the eruptions of 1964 and 1971. 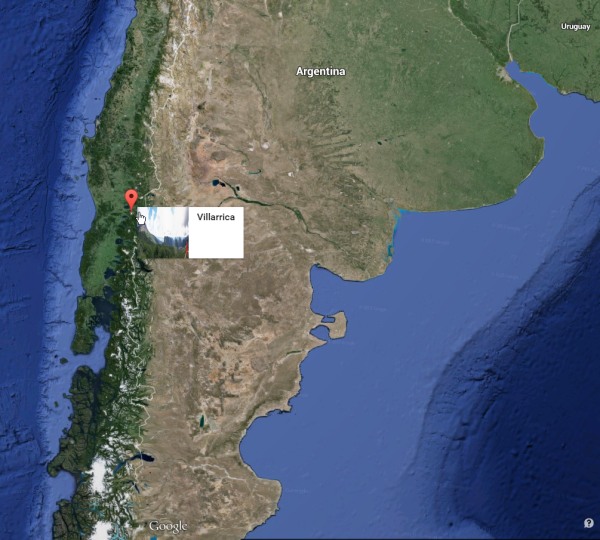 Villarrica is south of Santiago, the largest city nearby, 470 miles (750km) away, and so far not impacted much by the eruptions though Chilean authorizes have issued an Orange Alert. Local communities are threatened with ash, lava, and floods and mudslides as the snow and glacial cap melts dramatically off the mountain, much as it did in Washington and Oregon during the eruption of Mt. St. Helens. Reports are coming in that bridges have been destroyed by the rising rivers and while everyone is safe, people are being extremely cautious and leaving the area for safety.

The volcano was 9,317 ft/2,840 meters tall. Until very recently, it was a popular spot for hikers, geologists, and volcanologists to hike up and peer into the 200 meter diameter crater and active lake of lava about 150 meters deep.

VolcÃ¡n Villarrica – Sernageomin, the National Service of Geology and Minerals in Chile, keeps four webcams on the volcano active.

The following images are from flickr, representing some amazing photographs of Villarrica. 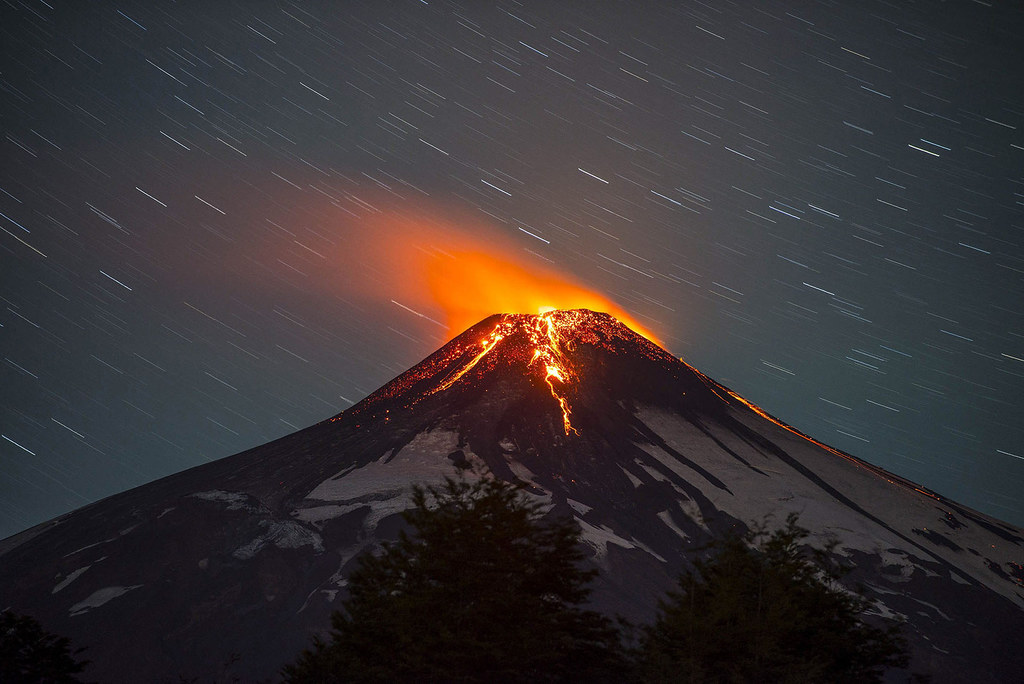 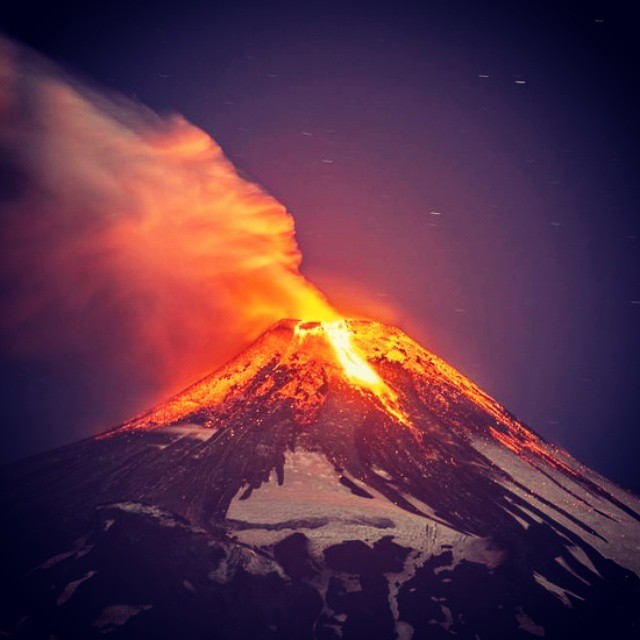 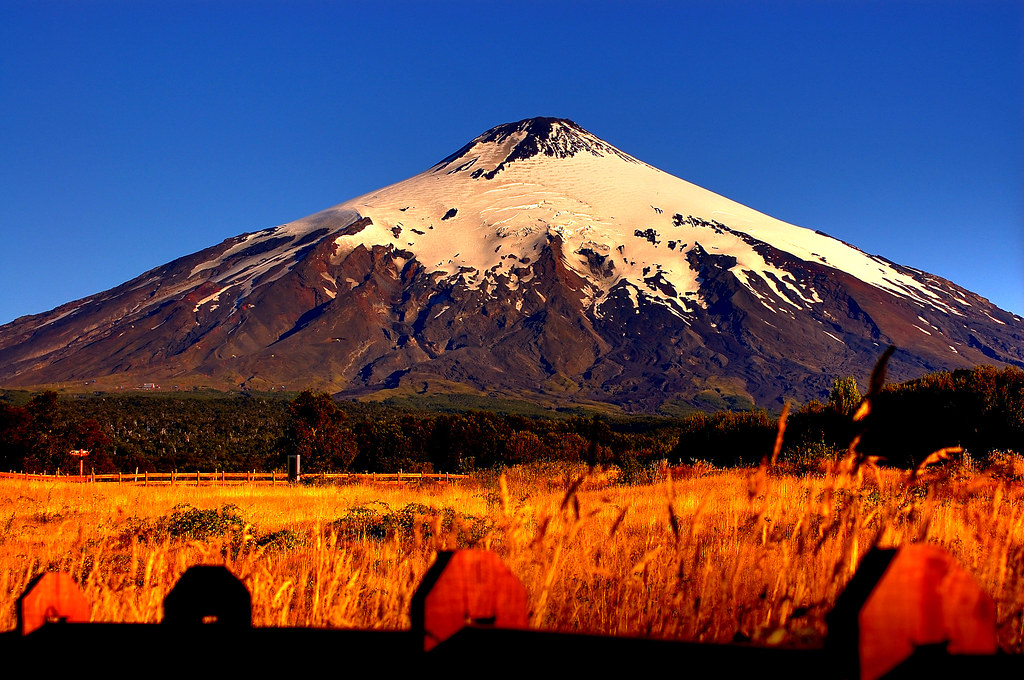 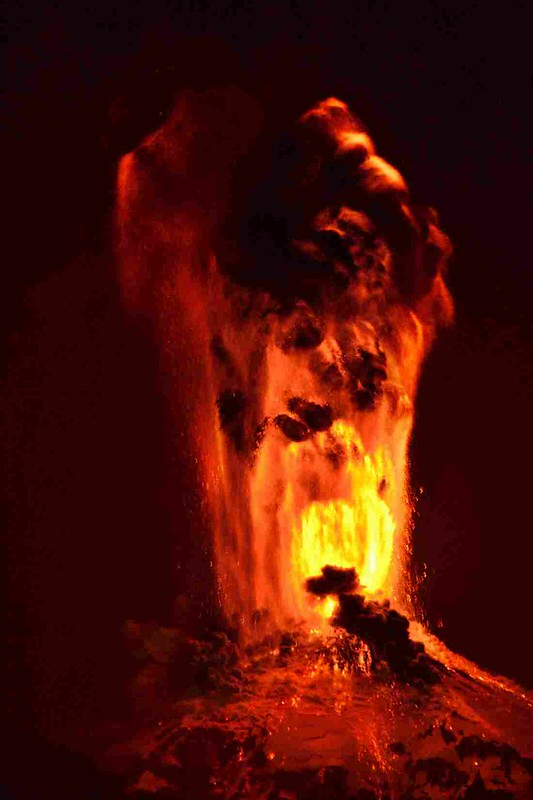 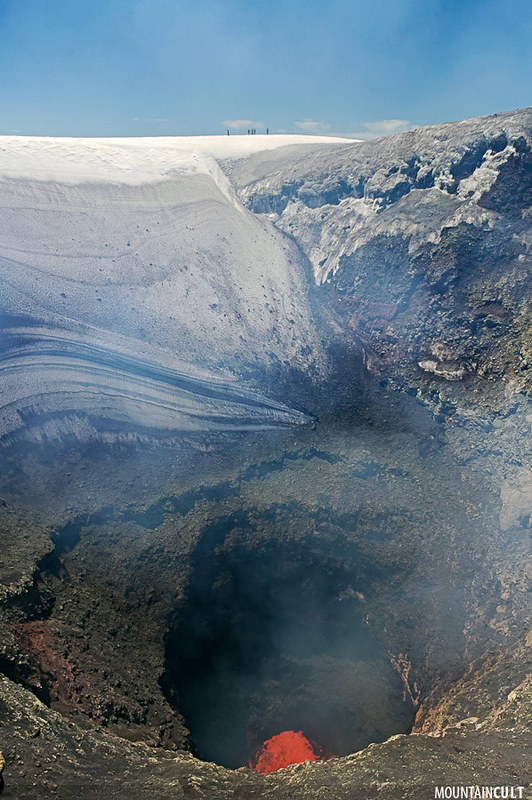 We’ve been reporting on the eruptions of Popocatepetl and Colima Volcanoes in Mexico and this volcano is located in South America, a great distance away.

The following are links to resources and more information and news reports on Villarrica volcano eruptions.