What do you think the object on the left has in common with the three objects on the right? This question isn’t too hard to answer: they’re all fossilized clams. But why do they look so different? 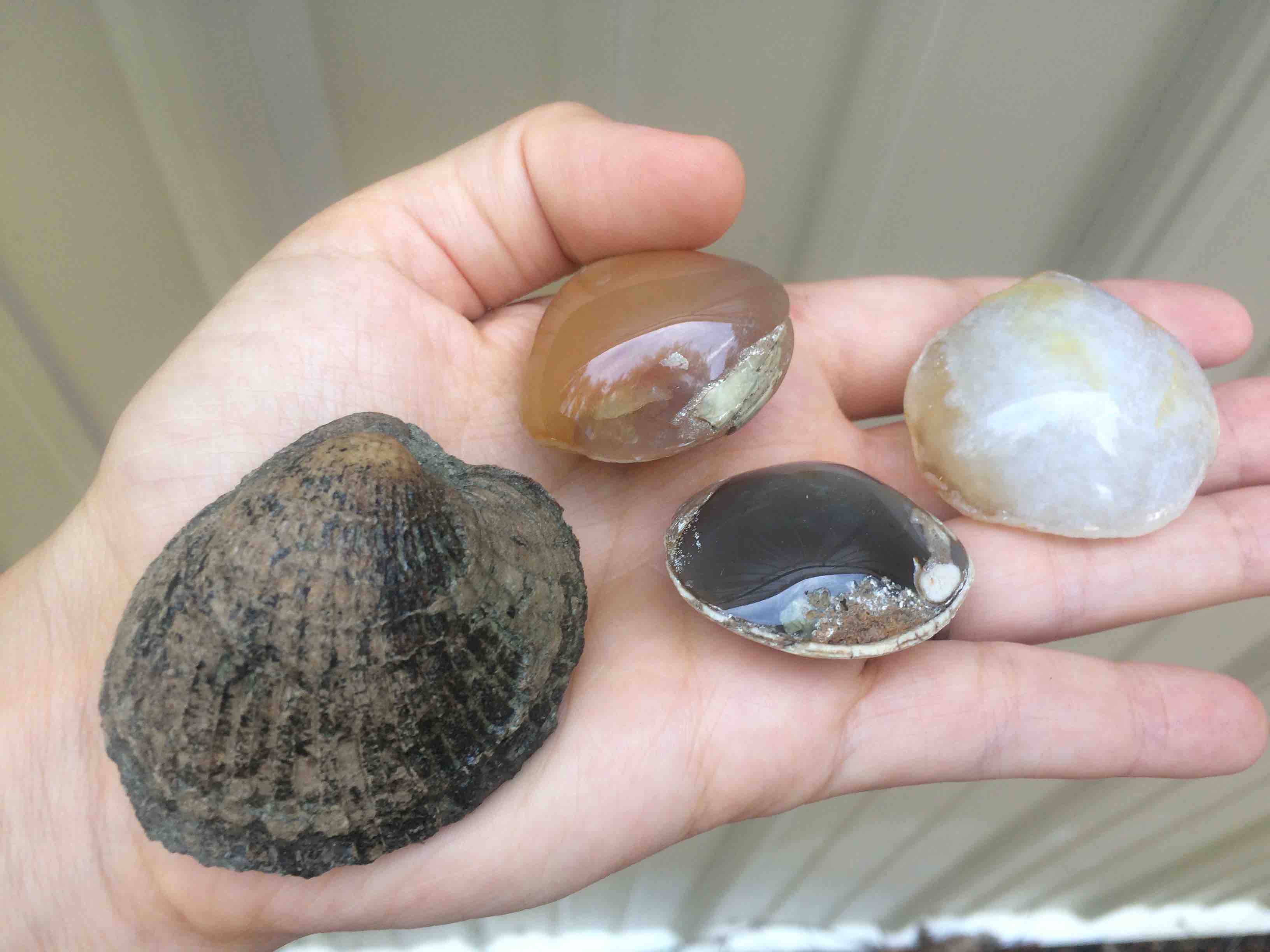 The clam on the left is the mineralized shell of a clam from Coal Creek, Washington. After the clam died, its shell was encased in sedimentary rock; while that rock was forming, foreign minerals grew and replaced the original calcium carbonate the shell was created from when the clam was alive. (These replacement minerals are responsible for the dark color.)

The clams on the right, on the other hand, are agate molds of clam shell insides. They come from Green Creek in Washington. Their tops have been polished a bit to give them a nice shine, but the shapes are natural. After these clams died, agate filled in the insides of their shells, and the shells themselves dissolved away.

These fossil clams show just two of the many different modes of fossil preservation!

1 thought on “What’s in the Box? Clammy Hands”