The 10th Annual Northwest Fossil Fest at the Rice Northwest Museum is this weekend, sponsored by NARG, the North American Research Group. The Theme this year is The Pleistocene Epoch and they have a round of amazing speakers and presentations that will tickle your fossil fancy.

The lecture schedule for Saturday is:

11:00am – “The Beringia Land Mass of the Ice Age” by Greg Carr/NARG member 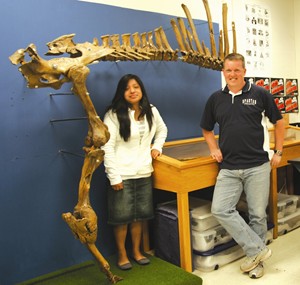 David Ellingson will be speaking on the Pleistocene peat bog found on the campus of Woodburn High School, and founded the Willamette Valley Pleistocene Project. The project has gained national recognition and acclaim with articles like “Biology teacher has a bone to pick with awareness” and “Digging Up Dirt on the Past” in the Woodburn News locally.

The high school science teacher is lucky to have an Ice Age dig site right on the school campus, and Ellingson uses it to bring to life their archaeology and geology studies. He leads fossil hunt field trips throughout the Willamette Valley. The students have found mammoth tracks, evidence of baby mammoths, possible horn core of a Bison latrifons, sloth, horse, and mastodon, and other animal fossils, as well as evidence of an animal with a seven-foot horn span.

The following is a 30 second, time-lapse video of a dig in 2013 called the Woodburn Fossil Rescue Dig by NARG.

Ellingson works with local and national groups to preserve, protect, and excavate the fossil remains at the school and other local areas. Ellingson worked with students to present a new natural history exhibit at the Woodburn Public Library featuring bones of extinct Ice Age fauna.

The exhibit features the bones of animals as small as a turtle and as large as a bison antiquus (sometimes called the ancient bison)  an extinct ancestor of the living American bison. Also on display are the remains of creatures that would seem strange today, like the giant ground sloth and the North American camel.

The bones and species are identified and described in colorful displays made by Woodburn High School students through the Oregon State University-sponsored SMILE (Science & Math Investigative Learning Experiences) Club.

…The project was the brainchild of Dave Ellingson, high school biology teacher and SMILE club adviser, who worked for a year to assemble the bones that would go in the exhibit.

“What I wanted to do was something for people to come and see,” he said. “I wanted to provide the community the opportunity to see the different bones that have been found in Woodburn…We’re able to get a lot of information about what Woodburn was like thousands of years ago just from looking at these critters,” said Ellingson, who started leading student digs” with the help of the Public Works Department in 2003.

Some of the fossils uncovered by Ellingson and his students are also on display at the University of Oregon’s Museum of Natural and Cultural History.

Mike Full also works with NARG and Willamette Valley Pleistocene Project in cooperation with the Yamhill River Pleistocene Project, a project he helped found. Mike Full will be displaying impressive Ice Age mammal bones and lecture on these discoveries and their importance today.

The Yamhill River Valley is located near McMinnville, Oregon, and the association consists of avocational paleontologists, land owners, and local government working with volunteers, professionals, and museum staff to discover, study, and preserve the prehistoric past of the area. Mile Full helped to found this active group and speaks at many events on fossils of the Willamette and Yamhill valleys.

A rock hound as a child, discovering his first mammoth tooth and Cascade point turned his focus towards fossils, discovering the fossilized remains of a dis-articulated mammoth weathering in a river bed on the South Yamhill River in the 1960s. Since then, he’s helped to setup in situ fossil locations around the area and helped identify and project the remains of mammoth, mastodon, giant sloth, ancient horse and camel, and extinct bison.

To say that Mike Full gets into his work is an understatement. He often dons scuba gear and can be found floating the rivers studying the river beds for fossils. In the video below, Mike Full, Debra Jackson-Shannon, and Richard Kimbell of NARG go underwater to find a mastodon or mammoth rib almost intact in a local river.

Full works with researchers and scientists as well as land owners and local governments to encourage cooperation, education, and preservation of the Paleo-Archeological treasures of the Pleistocene, Holocene, and Cascade Culture of the area.

Greg Carr, The Beringia Land Mass of the Ice Age 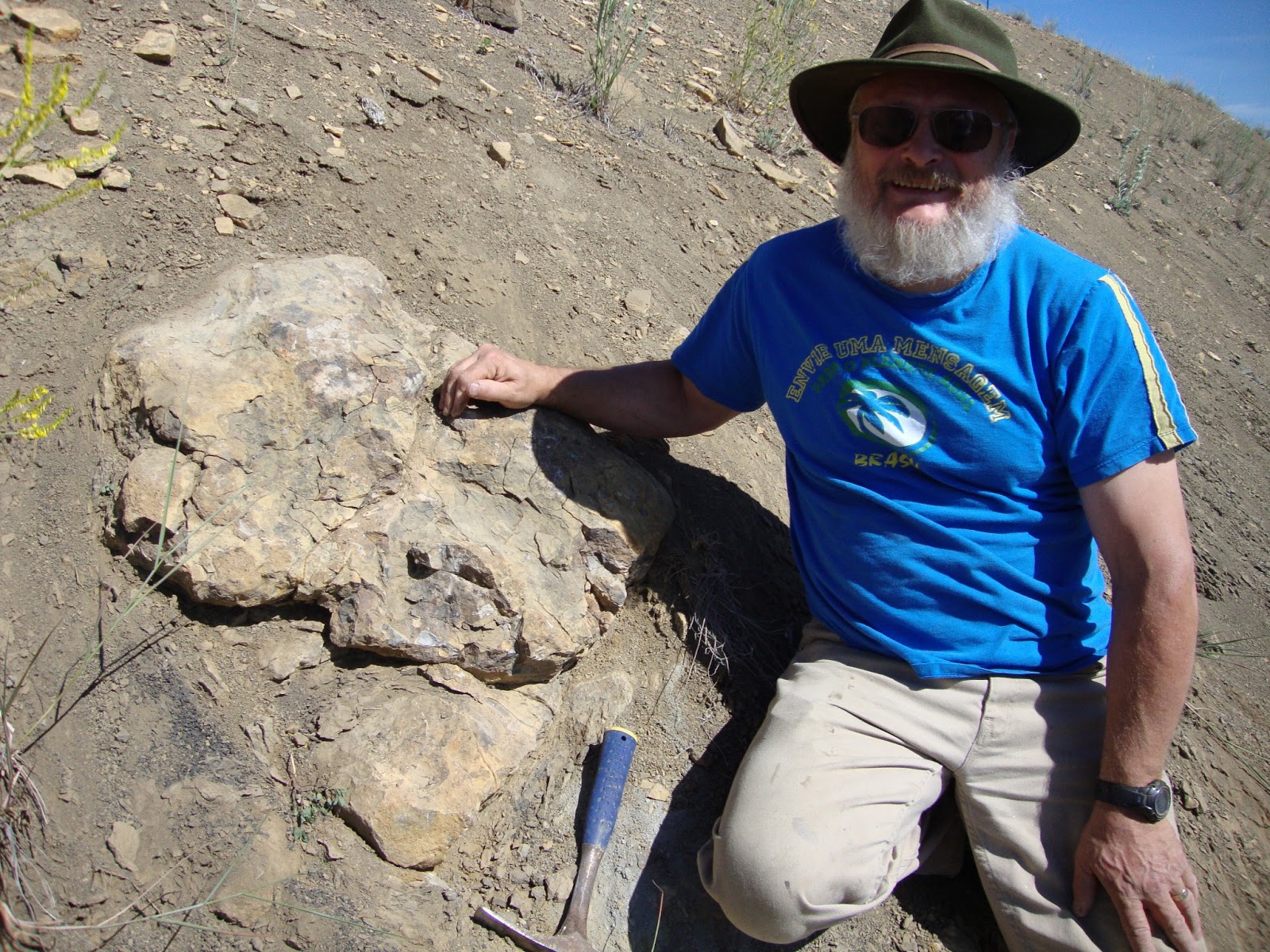 Greg Carr will speak on “The Beringia Land Mass of the Ice Age” on Saturday at 11AM. The Beringia land mass existed in Siberia, Alaska, Yukon, and under the Bering straits during periods of lowered sea level. It is believed to be the land bridge that connected the two continents together, allowing our ancestors to migrate across for thousands of years as sea levels rose and fell. It was an arid tundra of the time and supported a wide variety of plants and animals. He will referencing evidence discovered in the Territory of the Yukon, Canada, as part of his presentation on the Ice Age era.

Greg Carr discovered the fossil “Bernie,” near Prineville in Oregon on a geology class field trip assignment with his daughter. His daughter found a bone while looking for ammonites and together the two tracked down the rare Thalattosaur, a sea lizard from the Triassic, dating back to the time when dinosaurs were just beginning to appear on land, earlier than most of the known dinosaurs. Similar to a Sea Lion, the fossils were excavated with the help of NARG and brought to OMSI to prepare the specimen for public display eventually. According to an OMSI article on Carr and Bernie, the excavation started in 2012 and may take as long as 15 years to fully prep the block of rock and bones discovered. You can track the progress and Carr’s work on his blog, Bernie the Ichthyosaur, including recent examples of 3-D printed models of the fossil.

Other Presentations and Activities

The Rice Northwest Museum will be humming with exhibits and activities for the Northwest Fossil Fest, Saturday, August 8, 2015, from 10AM to 5PM. Museum admission is free during the event. Club members will be available to help identify fossils and demonstrate how to find, identify, clean, and prepare fossils. This is a great event for the whole family as well as fossil fans.

IMPORTANT ROAD CONSTRUCTION ALERT: Please note that Helvetia Road will be closed August 8, 2015 because of construction. Please follow our detour instructions and be alert for detour signs to guide you to the Rice Northwest Museum of Rocks and Minerals and the 2015 NW Fossil Fest.