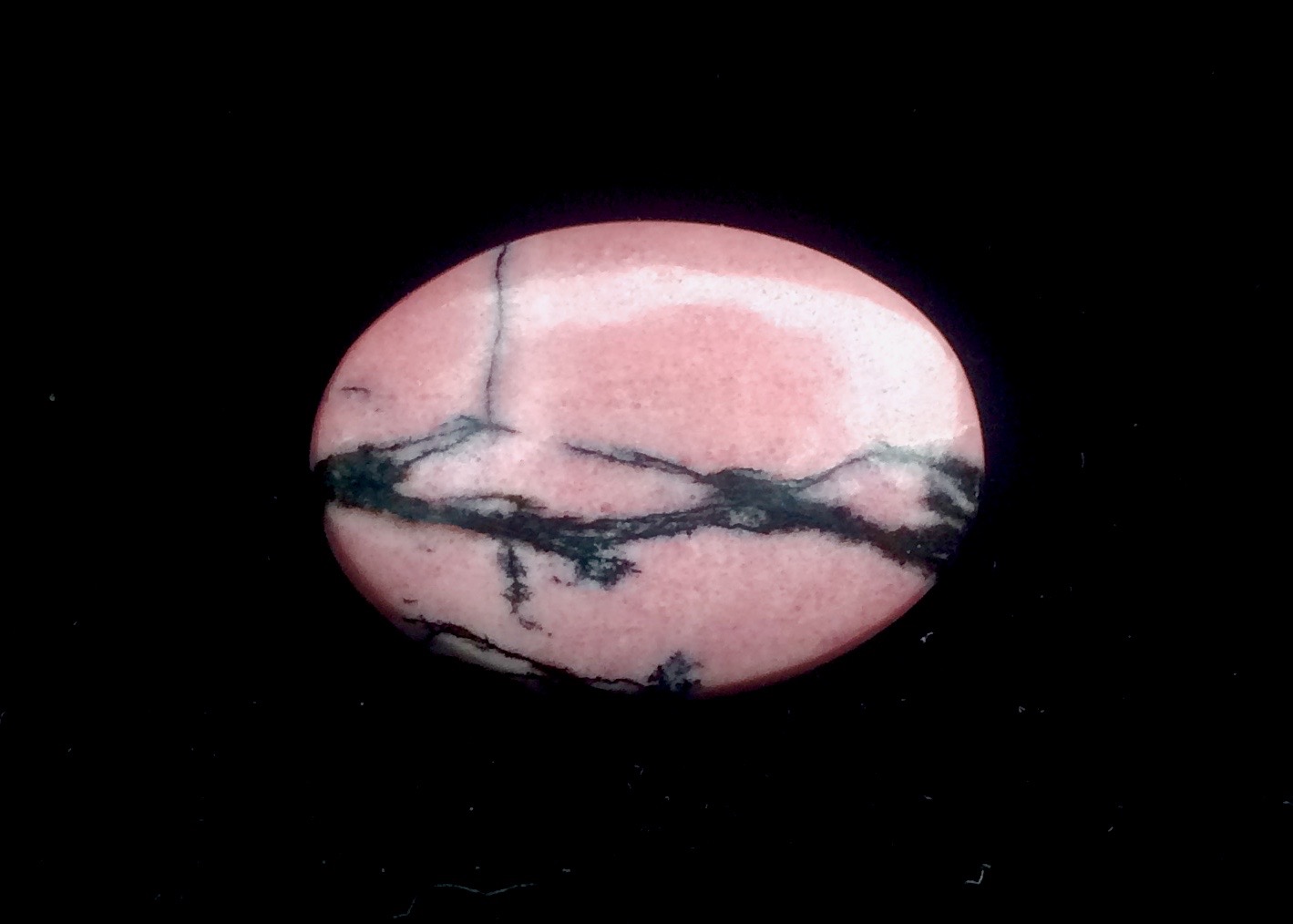 What caught your eye in this photograph–did the pink rhodonite stand out, or was it the contrasting ribbons of black? Oddly enough, the same element is responsible for both of those colors: manganese!

Besides manganese, pink rhodonite is made of calcium, magnesium, silicon and oxygen. The black ribbons are manganese that is only attached to oxygen. They are called “manganese oxides.”

The pink may be pretty, but that black stuff is more useful. Manganese oxides are used in all sorts of products, from batteries to glass, and they are also mined as ores to produce pure manganese for steel alloys, fertilizers, and more.

Manganese makes up only one tenth of one percent (o.01%) of Earth’s crust, but it has a big impact on our lives and our industries.