Skip to content
Make your reservations now to experience our newest exhibit in the Master Gallery – The Mineral Adventures of Bruce Carter. It’s a two-case extravaganza of mineral beauty, with several notable specimens hailed by experts as tops in the world.
Schedule your reservation here
Bruce has been a life-long mineral collector. Growing up in New Jersey and Connecticut, he often scoured the local pegmatites and garnet-rich metamorphic rocks for interesting crystals. He received a BS in Geology from Earlham College and then earned his Master’s degree in Volcanology from the University of Montana, where he mapped Eocene age extrusive rocks in the northern Rockies.

After graduating, he worked for years in minerals exploration in the Western USA, Mexico, and Canada, as well as mapping coal reserves in the Illinois Basin. His final three years of exploration were in helicopter-supported remote camps in the Alaska Range. Sadly, plummeting metals prices and the advent of remote satellite reconnaissance finally brought an end to Bruce’s professional mineral adventures.

Shortly thereafter, fate brought Bruce to Los Angeles, where he was accepted into the apprentice program at the Directors Guild of America. Since graduating from the program he’s worked on many film & TV shows, both in the United States and abroad. He is currently a television and film producer here in Portland; however, he maintains an avid interest in rocks, minerals, and all things geologic. Earlier this year his collection was exhibited at the world-renowned Tucson Gem & Mineral Show. 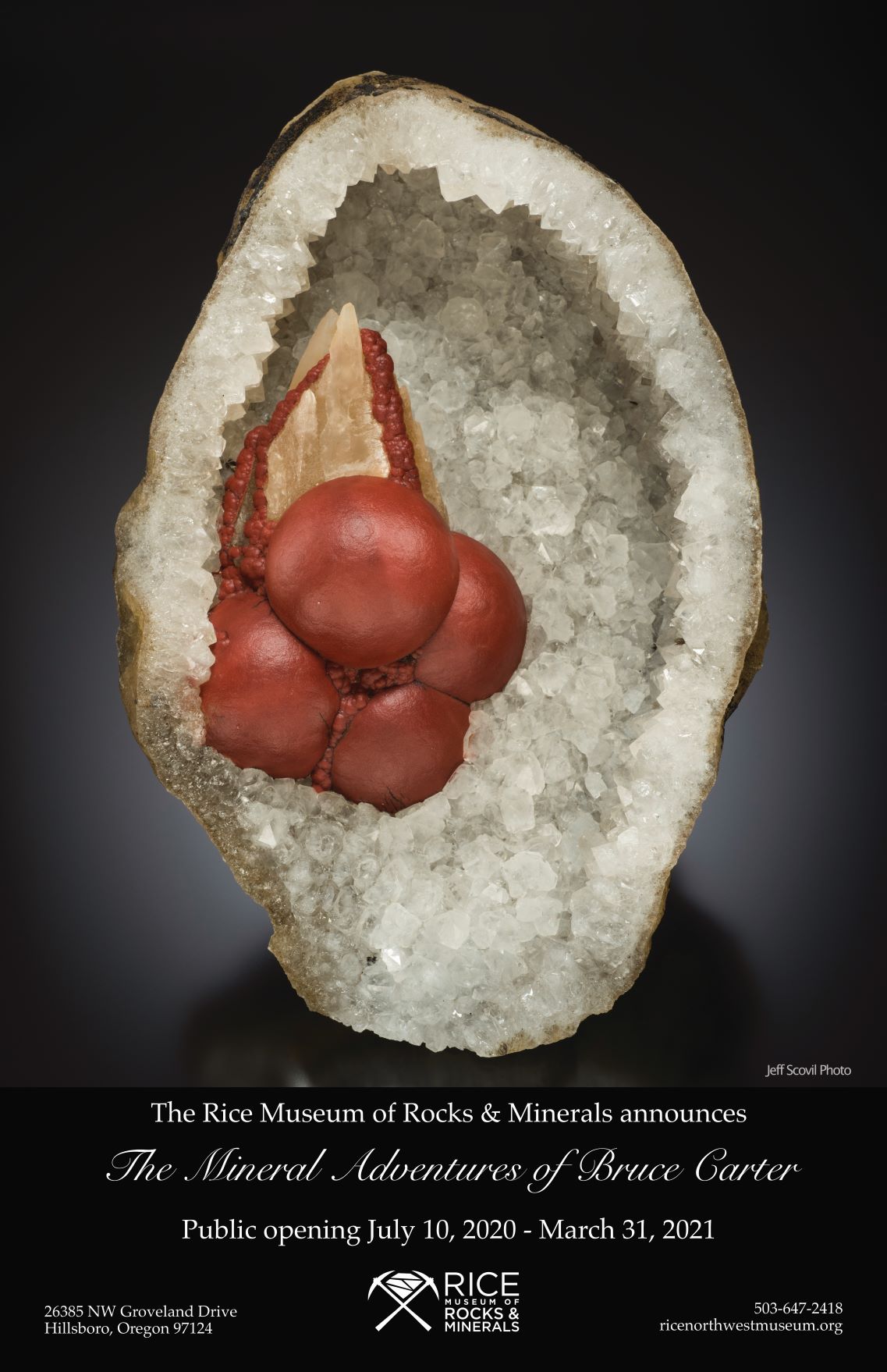